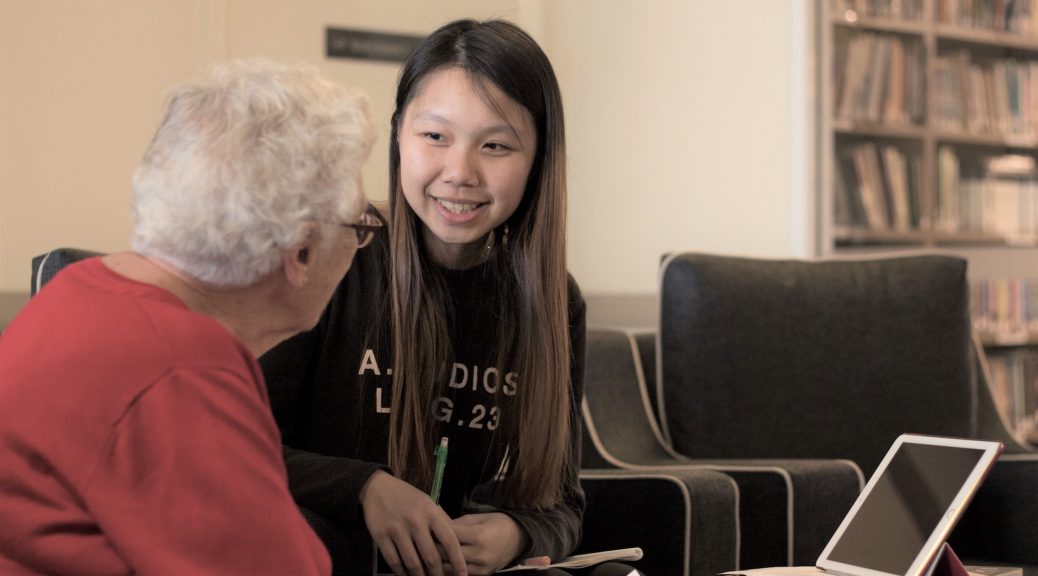 Retirement village residents have been given first access to test and provide feedback on technology in development stages.

As part of the Florence research project , students and researchers from The University of Queensland and the ARC Centre of Excellence for the Dynamics of Language, participated in a technology showcase at AVEO Durack that displayed a range of innovative technologies, including some specifically developed for older people.

Dr Jacki Liddle, an occupational therapist from UQ’s School of Information Technology and Electrical Engineering said the showcase was set up so people could walk around to different areas, try out the technology and provide feedback to the developers.

“One of the technologies that received really helpful feedback from residents was a memory bracelet designed to help track down lost objects, like glasses and keys.

“The team brought a very early prototype and had discussions about what gets lost, what is acceptable to wear and what would actually help people.”

To provide feedback residents had the option to leave comments on sticky notes or discuss their thoughts at the different showcase areas or at the afternoon tea residents, UQ researchers and students attended.

Mr Peter Worthy, Interaction Designer and Manager of the Florence Project said it was great to see residents trying out the range of technologies and providing considered and sometimes blunt feedback.

“We encouraged residents to provide us with their suggestions on technologies we could develop next and we put together a wish list,” Mr Worthy said.

“The overall feedback we received from the residents was very positive and we understand they enjoyed the experience.

“Opportunities such as these are invaluable to students as human-centred technology is a focus we emphasise.”

The technologies included a Talk Table, a table that shows images related to the conversation as people sit and talk around it; Soundscape, an interface made of fabric that makes music as people touch and stretch it; Proverbial, a simple word based game; Photo Album, an app which helps to collect and store memories, stories and photos; and a Memory Bracelet, a bracelet to help find lost objects.

The showcase provided the residents with an opportunity to experience technology still under development and provide feedback.

This feedback will be used by the students as they develop the technology further or in their research.

“Most significantly, it helped the students realise that some of the stereotypes that technology developers often hold of older people are simply not correct,” Mr Worthy said.

“By using this inclusive approach, we can design and build technology that is more usable and suited to their needs, abilities and interests.

“More broadly, we hope developers consider and include older people when developing all types of new technology.

“We want to provide an example for others on the design of technology that truly empowers and enables older people to live a meaningful, everyday life.”

The Florence project is funded by the ARC Centre of Excellence for the Dynamics of Language.

The research team are currently recruiting people living with dementia to be involved in studies relating to developing of technology to support communication.

For more information go to the Florence Project website.