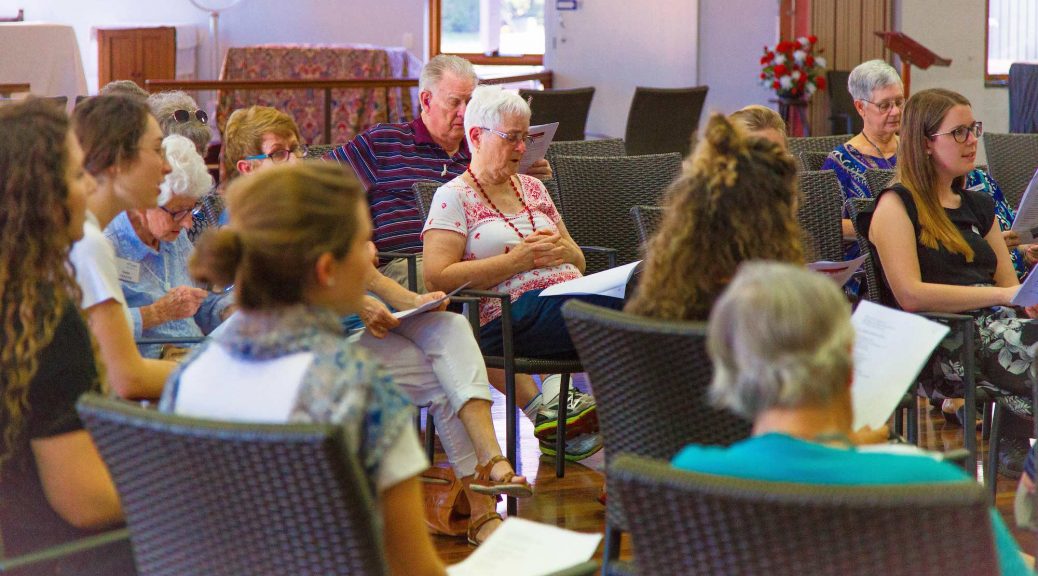 Singing in harmony with a choir and penning a song may decrease the rising number of older adults in retirement villages who experience social isolation and memory decline.

Researchers from The University of Queensland and Canterbury Christ Church University in the United Kingdom developed Live Wires, a music program designed to enhance social connectedness and cognitive health in older adults in retirement villages.

The eight session group singing program is currently being trialled by 50 residents with an average age of 75 years who live at the retirement village, Aveo Durack.

Dr Genevieve Dingle from UQ’s School of Psychology said feedback from participants has been extremely positive.

“A CD of songs was recorded and produced for participants which they listened to and several of them have since met to sing the songs,” Dr Dingle said.

“We also recently held a combined concert where participants invited other residents and family members to come along.

“It was well attended by singers and audience, and we had a number of people register their interest in joining the Live Wires program if we run it again next year.”

Some of the feedback from participants included:

“My favourite song was the one we all made up (entitled Blue Jeans – Grey Hair). I wasn’t sure about it at the beginning…but then when it all came out, I really liked that.”

“The warm-up exercises – I thought they were really good. Actually, I started feeling more alert.”

“I thought it was lovely meeting (another member), who I hadn’t spoken to before. She’s really funny. We meet each other (now) and it’s really good.”

The program consisted of three components that included warm up exercises aimed to warm up the vocal cords as well as to stimulate cognitive functioning, song writing and choral singing where participants sang in harmony, rounds and sometimes with percussion instruments or clapping.

The program’s design was founded on existing evidence-based research that music making stimulates multiple aspects of brain functioning, including learning and memory.

Clinical and neuropsychology internship students from the School of Psychology conducted individual assessments with participants as part of their supervised practical work at pre and post program and eight weeks follow up.

The results are currently being processed and will be made available early next year.

This kind of program has not been evaluated before in a retirement village context and with collaborative input of residents.

The research was facilitated by UQ Health Care who manage the Durack Medical Centre which is part of an ‘Enhanced Living Program’ suite of services that promote healthy lifestyles for Aveo Durack residents.